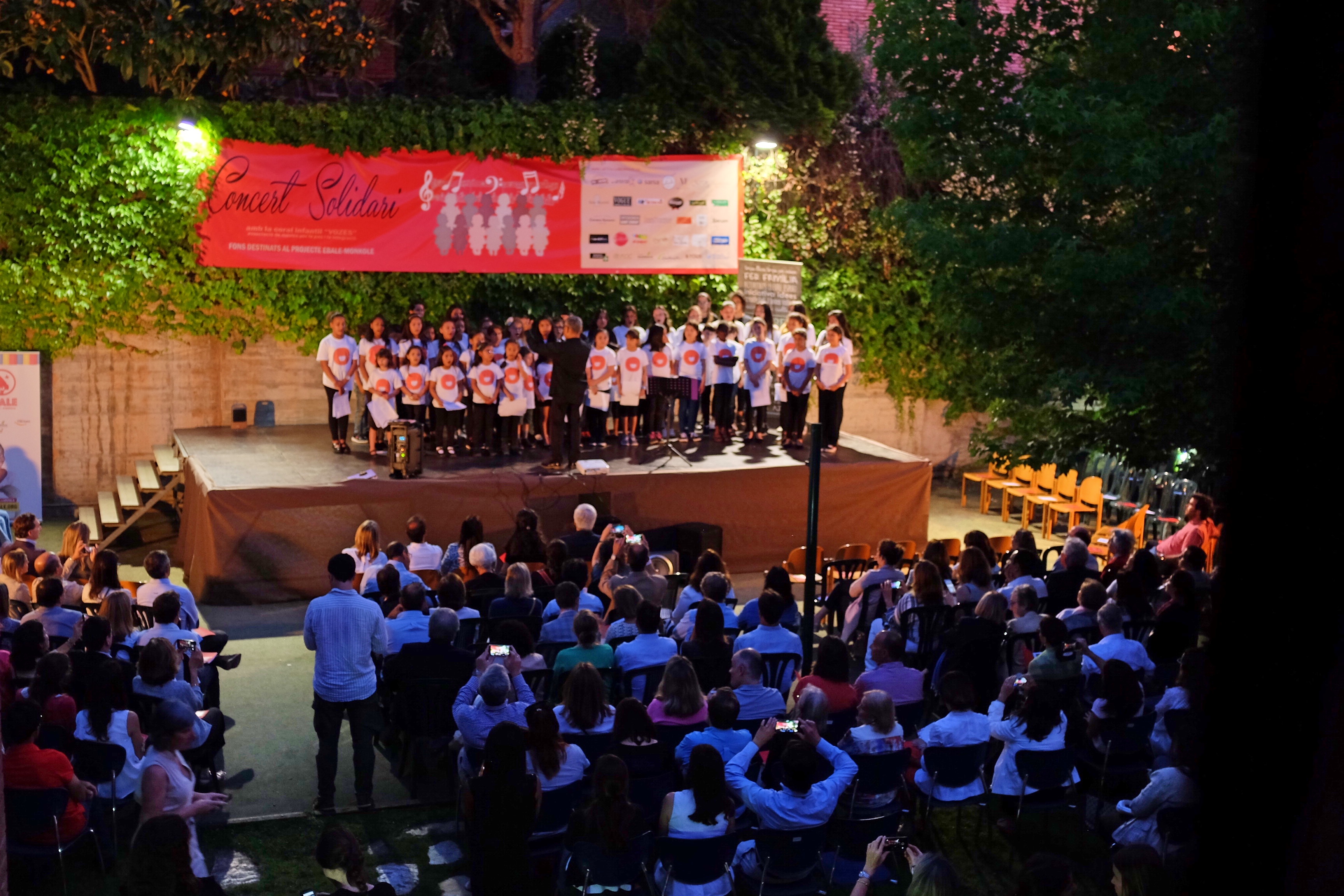 The Coral Vozes in the Cantarell Club Association supporting the Ebale Project.

The Association Club Cantarell from Sant Cugat del Vallès organised a charitable concert with the choir, Coral Vozes, for the Ebale Project of the Montblanc Foundation.

Magic is perhaps the best word to describe the event. On a platform, surrounded by foliage, were the young members of the Coral Vozes. Nearly 200 people on 9 June, shared the experience of listening for the first time to this choir, a charitable project that aims to train children and young people from slums around the world in music and singing.

They sang 10 songs in several languages and, at the end, as a result of the public ovation, decided to sing an encore. "How small they are, and how well they did", "They are very talented”, “They are very brave", were some of the phrases that members of the audience at Sant Cugat exchanged at the end of the show.

The Foundation attended the event to be able to explain the Ebale Project to the audience invited by The Cantarell Club Association.

Cantarell, a project aimed at training the young people of Sant Cugat in values and leisure time, was the first project that received support from the Foundation; tonight, conscious of its role as a big brother, it is working effectively on one of the Foundation's new projects, Ebale, which seeks to ensure the best possible conditions for the women of the Democratic Republic of the Congo during the process of pregnancy and, also, to avoid the high mortality rate before and during childbirth.

After the singing, the members of the audience remained in the garden of the Association to have dinner with their families and meet up with friends who they had not seen for a long time. In addition, to make the evening more entertaining, the Association drew a raffle for various products donated by companies consisting of textiles, cosmetics or travel to support the charitable aims of the show and the Ebale Project.

The Foundation has nothing but gratitude towards the Association and the Coral Vozes for supporting the charitable causes advocated by Montblanc.

Summary of the show: